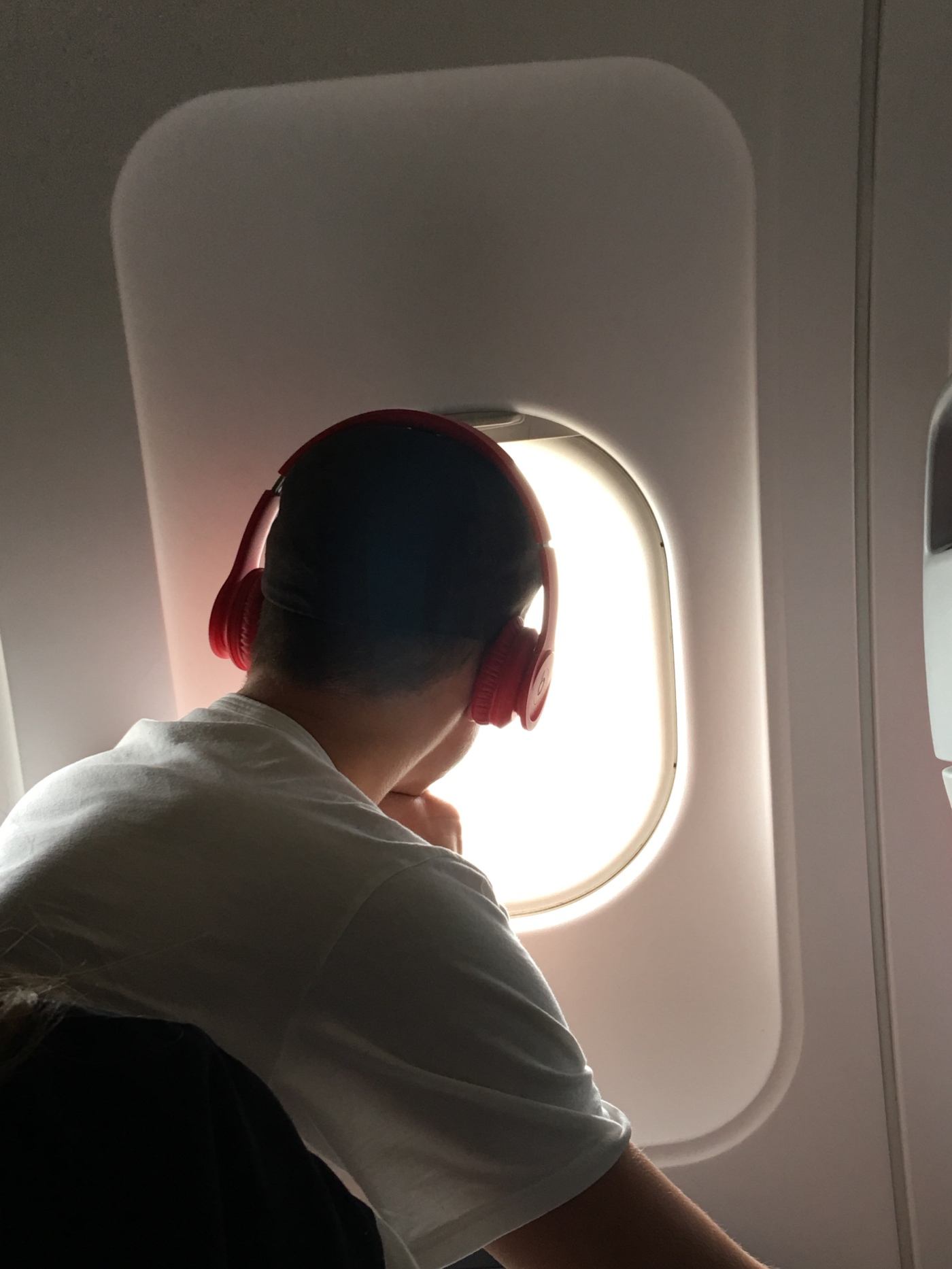 Since being thirty something I have entertained the idea of a European holiday. I live in Australia so going to Europe is a pretty big deal, not to mention expensive, and it’s definitely not a weekend get away. It is one of those experiences in the lives of many Australians like myself that is a fortunate experience and not something taken for granted, unless of course you are super wealthy and can travel without worrying about the expense or travel for work and they pay for it. It’s approximately eighteen and a half hours of flying and from the time of departure in Melbourne to the time of arrival in Europe and a full 24 hours of time total with airport stop overs. Many have done this before us but the thought of being in an airplane that long is daunting to me.

I can’t sleep sitting up, and when I can’t sleep I feel really grumpy! Jane said to me, ‘mum, it’s shit, it really is, but it’s doable’.

Harry and I travelled to Fiji as young 18 year olds, then a few years later for our Honey Moon six months after marrying at 23, we embarked on our first big overseas trip. The day before going I had a positive pregnancy test. We flew out to America and Canada. The time it took to travel to overseas destinations and cost of air travel in the late 1980’s when I travelled to America was quite different to today and America also was a long way from Australia.

I can honestly say due to terrible morning sickness I believe I have pretty much vomited in every toilet in the States and in American airplanes! Oh my gosh, growing 3 humans made me awfully sick and growing Rupert as I travelled America made it memorable for perhaps not the greatest reason – vomit.

When coming home from America all I wanted to do was get back to my home in Australia and the comfort of familiar foods and surroundings even though it had been a great trip. Having to go and vomit in the restrooms before you could eat the meal the restaurant waiter just put down in front of you, wasnt great, vomiting up your spaghetti you had just eaten in an Italian Hollywood restaurant on a five lane highway into my lap on a white summer cotton dress in our hired Pontiac, also wasn’t great. I can laugh now but at the time when my nice white cotton dress was ruined because of the staining from the tomato sauce of the spaghetti and Rupert having to wash the vomit off the front seat of our rental because i had vomited so much that it had seeped through my dress and down between my legs, we weren’t laughing. We also had our friend Roy in the backseat saying I feel what you are going through I think I might vomit also, yet his was due to intoxication. I can assure you Rupert was rattled driving us both back to our Hollywood accommodation.

So perhaps you can imagine why I was keen to get back to my home comforts. I also hadn’t told my mum I was pregnant. Only finding out the day prior to leaving I didn’t tell her because I didn’t want her to worry about me. I would call her and be feeling so nauseated and unwell but put on a brave voice that I was having a great time, which I was bar the constant morning sickness that actually lasted all day! The only comment I got from the boys was ‘it’s normal isn’t it to feel sick when you are pregnant’. We were all young and had no idea about this pregnancy thing and symptoms. That’s why I was looking forward to getting home to the comfort of my mums compassion.

When leaving the States there was the infamous Australian airline strike still in full swing. https://en.m.wikipedia.org/wiki/1989_Australian_pilots%27_dispute

We flew United Airlines and had a connecting flight in Sydney with an Australian airline that would then take us on the last leg of our trip to Melbourne. The American airline was unable to help us in regard what to do once in Australia so when we landed in Sydney it was every man for himself. It was a matter of approaching each airline and trying to get a flight from Sydney to Melbourne as soon as possible. We managed to secure a flight on Malaysia Airlines but the three of us were all in single seats scattered through economy.

I was in a middle seat of 3 and before take off I could already feel the nausea rising into a vomit. Like a volcano ready to erupt. I felt so unwell I didn’t want to talk to anyone. I was fighting the urge to vomit. Praying that I wouldn’t make a spectacle of myself and vomit. An elderly lady sitting next to me as I reached for the vomit bag said, “a lot of people suffer air sickness”. I couldn’t be bothered answering her or explaining my situation. I didn’t have the desire or strength, my full focus was on holding the eruption in. I managed to get through the flight, no vomiting and home.

Overseas holidays became unaffordable once we had children and paying private school fees, and even more so after Harry’s passing. https://the-world-thru-my-eyes.blog/2017/11/08/when-death-comes-knocking-at-your-door-on-some-idle-tuesday-af/

As the years passed I listened as people speak of their trips, I have seen their social media photos and sat at photo nights as we viewed photos on the tv screens all with a little envy. I almost felt like I’d been on a holiday to Europe I’d heard and seen so much about it. I had even followed my 2 eldest children Jane and Rupert, from my home on their trips throughout Europe. But I would say to myself remembering my time at the Grand Canyon, some things you just have to see with your own eyes. Photos are great but there’s nothing like capturing the beauty of the world through the lens of your own eyes.

Ted and I have travelled to Singapore, Japan, China and the Philippines but I still hadn’t lost my desire to travel to Europe. It’s been sitting there in my mind. Recently some friends mentioned they were going to Europe and had booked a riverboat cruise. I would not have necessarily done this if booking myself but they asked us to come along. The timing is right. The kids are grown up and I really enjoy Jen and Jons company. The seed was planted. I discussed with Ted and we have booked.

We have booked 2 weeks in Italy, a few days in London prior to the cruise Which is Paris to Prague and for Teds 60th birthday I have booked us on the Venice Simplon Orient Express!

……And I have booked business class partly because I can’t bear the thought of sitting up, not sleeping for 24 hours. The memories of other flights and knowing this is even longer was worrying me. We will return with our friends in economy as flying business over is a treat and we need to save the dollars!

This is going to be a fabulous trip. I’m so excited. It’s finally going to happen. The deposits are paid. That’s confirmation to me that it’s going to become a reality.

One thought on “The Desire to Travel”