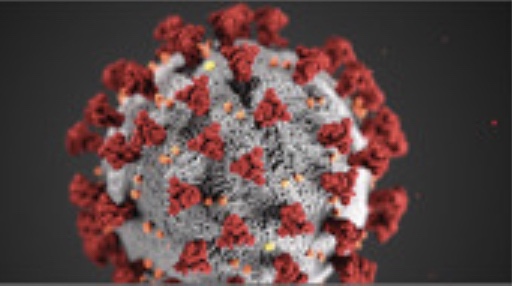 In a pandemic, a COVID-19 pandemic the situation changes rapidly. Only 17 days ago I was still wondering if I would be going on my European holiday as Italy became less and less likely to be a place we would be travelling to, still with hope that we would board a flight and travel across the ocean. On the 12th of March 2020 the World Health Organisation announced COVID-19 Coronavirus was a pandemic. Every country was affected.

Italy had just closed it’s borders and rapidly becoming the the epicentre of the virus. It wasn’t long before the country was in total lockdown and it’s citizen only connection with the wider community was singing and playing musical instruments on their front verandah’s each evening as a way of finding some normality, some sanity and belonging.

Two days after the announcement of the pandemic countries were preparing to ratchet up their responses looking at Italy as the country fell to its knees, shocked. The sceptics were still thinking it was only a flu, a mild illness and media hype focusing on the very worst stories to enhance their media empire. Most of us just trying to make sense of what was happening and in disbelief that anything could be that serious. Many prebooked to travel in June still holding off cancelling their trips thinking this would all be sorted by then, and those travelling in August, September still feeling quite immune from the havoc to trips booked now.

The virus spread it’s way through other communities and country’s lurking amongst us all, not seen until it had hijacked new cells, multiplying in new victims bodies. It now was taking control of another unwilling host minute by minute, day by day. Some unaware of it’s presence in their temple, their body, as they continued with their daily lives unknowingly leaving droplets of their secretions. The virus remain in waiting surviving outside their host in the moist saliva droplet waiting for its next victim to pick it up and who may pay the ultimate price of invasion as it would thrive within them completely engulfing the new reluctant hosts airways. Some in countries with underdeveloped inaccessible medical systems being witnessed dropping to the ground clutching at their chests as they fight for air, others lay lifeless in intensive care units throughout the developed world as a machine pushes air down into their lungs because their own bodies could no longer draw it in. Families not allowed to visit and should they lose the battle with the virus die alone and buried in their hospital gowns.

The deaths started to multiply, Italy recording hundreds of deaths a day. Other counties recording hundreds of increasing cases and setting up makeshift hospitals in tents. It was quickly becoming evident this was serious. Ted, an initial sceptic and vocal of how this was affecting the finance world soon getting on board with the devastation this virus was wreaking. Concerned about the economic as well as health crisis the world will now face.

Qantas announced it stood down eighty percent of its staff leaving twenty thousand people out of work was quickly followed by other organisations standing down thousands of workers. As hundreds of thousands now stand in welfare ques for government assistance in what feels like overnight, Italy continues to record deaths in the hundreds each day, totalling over ten thousand deaths since this virus hit its borders.

Such unprecedented times has left all our heads spinning. The economic fallout being likened to the depression of the early 1930’s and we in Australia are only just getting started as winter comes. And it’s coming. Recorded cases are on the rise, medics fearing our two thousand respirators in our country will not be enough to cater for the influx of cases. The government is responding by ordering the production of respirators to be enough to double our current capacity. Hospitals that have been shut down in the past are being cleaned and prepared for the ill needing medical support. The army has been called in to assist, retired doctors, nurses and those on maternity leave informed the may be called on to help fight the virus and keep people alive.

We are at war with a microscopic strand of RNA ( ribonucleic acid) so small it can only be seen under a microscope. So new to humans non of us has immunity. We risk it mutating and becoming more virulent as scientist work day and night to discover a vaccine that can destroy it. A vaccine that will be safe to give on mass to humankind to enable their cells of their bodies to recognise when invaded and to destroy the virus should it try to seep through the mucous membranes of mouths, noses and eyes, should we unknowingly make contact with it as we go about our everyday lives.

We have been instructed by the government to self distance and not go within 1.5 metres of another person. To stay away from family living elsewhere, to stay home! If most of us stay home there will be less chance for us to leave this virus on something that the next person can pick up. Social media has set up new platforms for people to virtual socialise, with apps like Houseparty, Zoom and Googlechat.

Restaurants fine dining or cheap eats, now offering their food as take away where they economically haven’t been forced to shut their doors. Beauty salons, bars, pubs, clubs and gyms closed to enforce self distancing. Weddings restricted to 5 people attending and funerals 10.

This is crazy stuff, this is what every human in the word is talking about at the moment. As a human race we are unified in the fight against a fragment of RNA a nuclear acid that is used in metabolic processes for all steps of protein synthesis in all living cells and carries the genetic information, a single stand of nucleotides. A foreign RNA to us.

It feels science fiction, something like a movie. Never have we lived in a democratic world where officials talk over loud speakers and megaphones telling everyone to socially distance, to keep 1.5 metres from each other, where police may arrest and threaten to potentially jail a person failing to abide by the rules for deliberately putting others at risk, where disturbed individuals are spitting at authorities as their weapon in anger and protest.

In a pandemic the prevention of transmission is key. We are all the conscripted soldiers asked to fight this enemy that threatens life as we know it, knew it, for life will never be the same after this as with any world war. Life gets forever changed, desperation creates new ways of living. It’s only when we are forced to change and many intrenched behaviours are challenged that we often do. The way we work, and live.

Mother Nature has hit the reset button. There will be some great new inventions and creations that come of this. That I am excited for. What will our brave new world hold for us?

In nine days since my last blog we have gone from sceptics, apathy to everyone being aware that this is serious and realising we, humankind globally are all in this together. That this will hurt many people, that lives will be changed, but to remember it’s temporary, it will pass. That we will win the battle by all doing our bit in stopping the spread of the virus. We will triumph! We will conquer and rebuild.

One thought on “What a Difference 9 Days Makes”